Everything you need to know!

Express DJs is the brain child of Jim Sullivan (aka JIMBO), a hardworking DJ from Redondo Beach who has over 17 years experience in the field of mobile entertainment.  Originally working as a DJ to make new friends and earn some extra money for college, Jim soon found himself enamored with being the life of the party every week.  He began his career at the premiere DJ company Invisible Touch based in Anaheim.  There he was trained by some of the best wedding and corporate DJ’s in the business and was sent out on multiple events per week.  Although corporate parties and weddings were fun, Jim yearned to DJ clubs.  This seemed to be quite a daunting task considering club DJs at the time were like professional athletes and mobile DJs were like little league.   Being one to never back down from a challenge, Jim pitched his vision to all of the club owners in Hermosa he could meet.  Initially clubs were resistant to this new kid trying to throw events, but Jim's tenacity prevailed.  He and his partner :Quasar managed to land a random Sunday in March at a club called 705.  This night was expected to fail, but Jim and :Quasar assembled an awesome event and promoted super hard.  Opening night, the club was packed full of coed party goers!   Jim had utilized his colleagues at Invisible Touch to setup an impressive intelligent light array and used state of the art DJ equipment many of the club owners in the area had never seen before.  It was with this keen eye for opportunity, networking and innovation which allowed JIMBO to become regular fixture in the South Bay club scene.

Jim continued to work for Invisible Touch and earning loads of experience.  Once he saved up enough money, Jim purchased his own set of equipment and resigned to do his own events.  At first it was slow going since he no longer had the support of a major event company.  While DJing at his club residencies and attending Loyola Marymount University, the demand for his mobile parties increased and was soon a regular fixture at Fraternity and Sorority events.  Once graduating, these events became rarer, but the desire to learn more about the event industry and through larger parties still existed.  Jim then sought out a position at Vox Entertainment, a premiere company based in El Segundo, that threw huge events such as concerts, trade show installations, college mixers and other intricate setups.  Once placed as the assistant to the head of VoxDJs (the DJ division of Vox Entertainment) Jim was able to work all kinds of events.  From massive foam parties to private functions in the mansions of Corona del Mar to even being the featured DJ at the Honda Center.  He was grateful for the experience and opportunity but ultimately wanted to setup his own company based on his own principles.

Having worked for two major companies and still maintaining stable club residencies, Jim realized that the key success in the industry was cultivating talent.  Often times the big event companies pool of talent is not very deep since it requires a lot of characteristics that do not always go together with artistic attributes.  For instance as mobile entertainer you have to be a self starter, technically proficient and good with people.  To be a great club DJ you must be musically inclined, charismatic and intuitive.  These attributes can be mutually exclusive to those who are not willing to put the time and energy into become proficient in these distinct areas.  It was this realization which created Express DJs.  Jim wanted to create an organization which can do everything a client may ask for.  Not just a person with an iPod or a bedroom DJ who bashes you in the face with terrible music.  Other companies boast a huge roster of DJs or an arsenal of expensive electronics.  Ultimately this is merely flash.  They have a ton of overhead which drives up their prices and reduces DJ pay.  Express DJs is in the business of ensuring success through talented performance, not flashy gimmicks.  We are a decentralized collective.  Any DJ referred from us is their own entity.  You can follow them on soundcloud, they have their own individual websites, you can check them out in the club or at an event.  They are not just head shot and a cheesy video.  So if you’re ready to take your event to the next level, please drop Express DJs a line…  the perfect party is within your grasp. 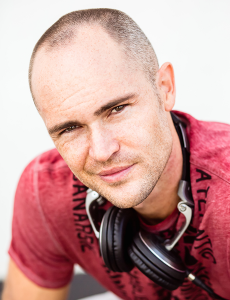 Express DJ's only uses QSC self powered speakers.  Other companies often use inferior brands which leads to muddled sound.  Express DJ's strives to ensure your event sounds great to further enhance it's atmosphere.

All of our DJ's are experienced with turntables, CDJ's and controllers.  Other companies just send out "DJ's" with a laptop or MP3 players.  We take DJing seriously and are fluid on all popular platforms.

with 1000's of hours behind the decks, 100's of successful events and tons of great mixes to boot...  you can rest assured your event is good hands.  There's no substitute for experience, and this is the most valuable  asset we bring to the table!

1. What are Express DJ's rates?

Please checkout the services tab for a list of packages and prices.  Most companies require you to contact them to see their prices...  ours are listed on this site.  However to get an official quote, we kindly ask you submit your event details through the contact form.

Express DJ's carries liability insurance with a coverage value of $2,000,000. If your event site requires a certificate of insurance, we can submit one on request.

Absolutely!  Express DJ's are able to make any announcements your event may require.

4. What education and/or training does Express DJ's have?

To even be considered to be referred by Express DJ's an entertainer must have a minimum of 2 years working events, have held a club residency for at least a year and be signed off skill-wise by the lead DJ.  We believe there is no one way to become a fluid entertainer, and we evaluate each DJ on an individual basis.  If they can show competency on the decks, has presence on the mic and a passion for the art we will train them and develop their talents even further.  We strive to be a in state of constance growth.  DJing events is not something anyone can truly "master"...  it is far more art then science.  However with every event we complete, we get even better.  Rest assured your event is in very capable hands with Express DJ's.

5. What advice do you have for a potential client looking to hire a DJ company?

Learn as much as you can about your DJ; Don't just take they're pictures and reviews at face value.  It's very easy to fake reviews too.  There is no substitute for seeing someone's skill first hand.  This is way we encourage any potential clients to come see us play live.  All of us a have club residencies...  come out and see what we can do!

Yes!  although we are based in the South Bay of Los Angeles, we are willing to drive anywhere in southern California.  We have even DJed successful events in North Shore (Hawaii), Puerto Vallarta (Mexico), Philadelphia (Pennsylvania) and Portland (Oregon).  We have also successfully completed contracts on cruise ships such as Sapphire Princess.  Be sure to mention your event is out of the area when you fill out the contact form.  We have no problem sourcing equipment for your destination event and getting you the best prices possible.

Are you ready to party?

Drop us a line and we'll get back to you as soon as possible!